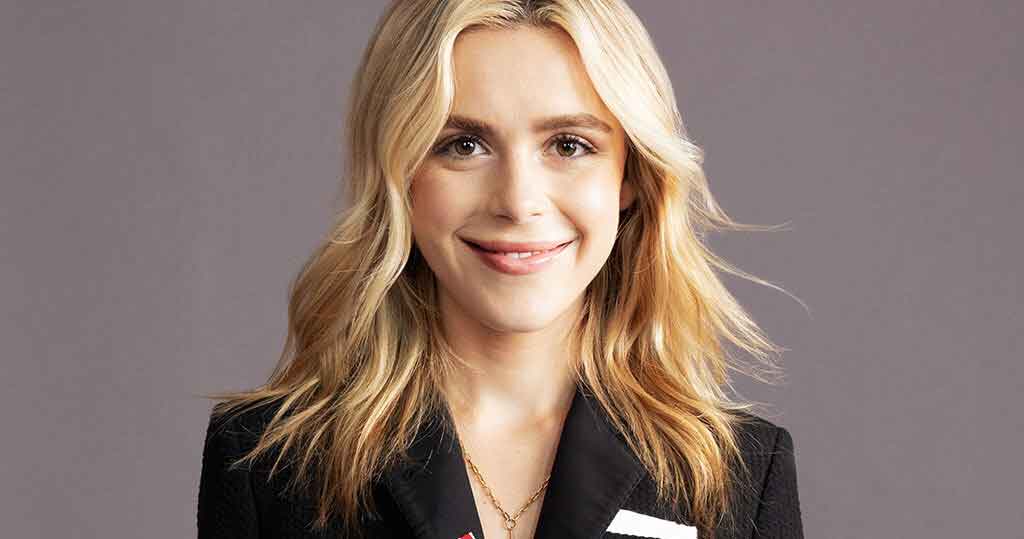 
Treat is in production now and will premiere on Monday, October 25, 2021, as a Halloween week worldwide release and will be available on all podcast platforms.


Written by Nathan Ballingrud, Treat tells the story of a seemingly perfect American town that makes a deal with a mysterious outsider possessing supernatural powers to help it recover from social turmoil. When the town falls behind on its payments, a trio of teenagers must unlock the secret of his powers. Shipka will play protagonist and narrator Allie West.


Shipka, along with Chris Corcoran, Chief Content Officer and co-founder of Cadence13, will also serve as an Executive Producer of Treat.


“I’m thrilled to be playing Allie—she’s a strong willed, complex young girl with a true weight on her shoulders: she has to be the adult in her family, but she’s still just a teenager coming of age, and being able to play her and navigate her world is really fulfilling,” said Kiernan Shipka. “‘Treat’ is a one-of-a-kind thrilling audio movie and story, and I’m so excited to be part of this experience with C13Features.”


“As we ready our first C13Feature with the thrilling adventure of ‘Treat,’ we are aiming for premium quality and excellence across all sides of each production for mainstream appeal, exceptional originality, innovation, and storytelling,” said Chris Corcoran, Chief Content Officer, Cadence13 and Executive Producer and Creator of C13Features. “Casting is one of the most critical and important elements of this new audio movie experience from C13Features, and we are so honored and excited to have Kiernan join us to play this incredible role of Allie—we can’t wait to see her bring this pivotal character to life and help take ‘Treat’ to the level we all believe it can go.”


Shipka most recently played the title role of Sabrina Spellman in Netflix’s Chilling Adventures of Sabrina, and starred as Sally Draper on seven seasons of the Emmy-winning drama Mad Men.


She appeared in FX’s Feud: Bette and Joan, and is starring in the upcoming HBO series The White House Plumbers and Roku limited series Swimming with Sharks. Shipka won a Screen Actors Guild award in 2009 and 2010 for Outstanding Performance by an Ensemble in a Drama Series for Mad Men.


Anvari and Toh of Two & Two Pictures have previously collaborated on Anvari’s features, Under The Shadow, and Wounds, as well as the Hulu limited series, Monsterland. They are currently in production on Anvari’s next feature, the Netflix thriller, I Came By.


Cadence13 is partnering with Endeavor Content on Treat and the initial C13Features slate, bringing together the biggest talent and creative minds across film, TV and audio to feature podcasts, and working jointly to develop film and television projects based on the IP.


Additional casting for Treat and other C13Features will be announced in the coming weeks.